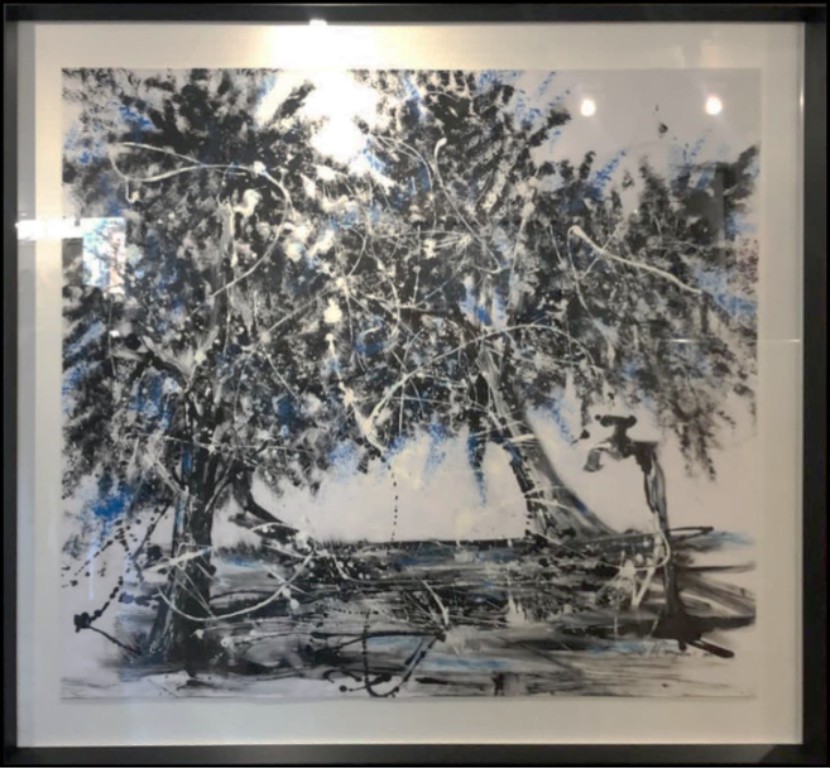 His passion for art is apparent in his voice as he projects his philosophy through the painting of his pictures.

The idea is to share this art with every person he can reach and teach which explains his voluntary work in different communities.

His narrative and reason were strongly influenced by his Grandmother, Illustrated by his style - an example is his well known powerful painting depicting a tap next to a tree in a rural setting.
The tap represents his grandmother, who played a vital role in his upbringing, while the tree represents him as a child.
A tree requires water for it to grow and sustain itself. His grandmother ensured that he was provided with everything a child needs until he developed into a fully-fledged individual.

Simphiwe became fascinated with painting and drawing from an early age when he was exposed to it through his father. For him painting is a kind of release that is inspired by people’s experiences as well as their character. “My art is inspired by life in general. I’m inspired by what troubles people and what makes them happy”, he says.

Simphiwe describes himself as the “new Soweto lost generation” referring to his mixed background and Soweto roots. Son to a father who was a sculptor and performed in a theatre, Simphiwe uses a diverse medium for his art, including sculpture, painting and print-making, as well as doing physical installations at art galleries and producing art-exhibit video clips. “Being an artist is a lifestyle”, he says, referring to his interest in various modes of self-expression.

His mixed background which is as diverse as his art; ranging from sculpting, painting, print making and video making. Much of Simphiwe’s work features repetitive motifs, representing his childhood being reared by his grandmother. The water tap represents her nurturing love, whilst the trees represent the artist himself.

Simphiwe has created an art movement he calls, Superblur.

The focus of the art will be to make the object or classification of the art unclear or less distinctly. Simphiwe uses a monochrome colour palate and use of black enamel paint, being the distinguishing elements of Simphiwe’s work. He uses metaphors like trees taps & landscapes to capture memories from his childhood.

One of his achievements is being in the Top 100 on Thami Mnyele Art Competition in 2017. He Has also worked with Knext Art Gallery, The Gavin Project, The Travelling Art Gallery, Opulent Living Gallery & MMArtHouse, MAD Leadership Foundation.

Simphiwe describes himself as the “new Soweto lost generation” referring to his mixed background and Soweto roots. ​

We Do Custom
Picture Framing

Get your Investment Art framed
and preserved by the experts.

Shopping cart
There are no products in the cart!
Continue shopping
0