After being in the art world for the past 45 years, Gallery Direct has been fortunate enough to have been surrounded by hundreds of talented artists in Africa.

Listening to their stories, learning about their cultures and backgrounds, and interpreting their astonishing works of art in the most beautiful way possible, we have managed to curate only the finest collection of African Collector Art from the continents’ most gifted men and women within the art world.

However, over the past few years, we have noticed a significant increase in the value of one artist in particular. 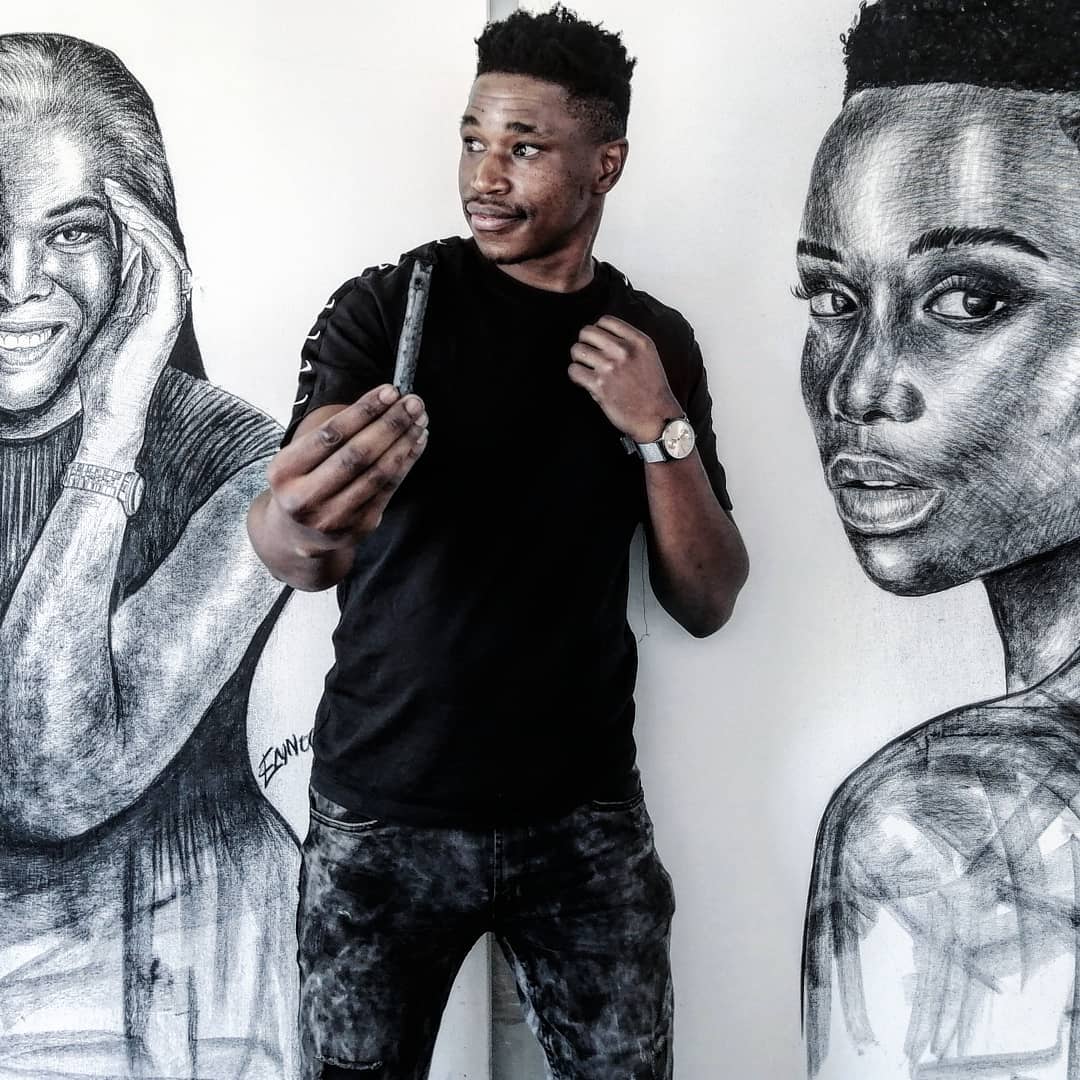 Ennock Mlangeni is a self-taught visual artist based in Johannesburg.
Born in a rural town, Petrus Steyn in the Free State, he moved to stay with his grandmother at the age of 7 after both of his parents had passed on.
His work is mostly inspired by both good and disparing experiences that he encountered when growing up.

His art journey started in his one room shack. He then became popular in 2018 with his pen art and won the Bic Pen Master National Art Competition.
In 2019, Ennock Mlangeni became a social media sensation when one of his artworks which was made of coffee was discovered by Nestle who invested in Enncok’s works.
Ennock has his first solo exhibition in 2020 which was hosted in Belgium and later on had another one in 2022.
He participated in group exhibitions with the likes of Lionel Smith, Antonio Smith, Adrien Dedrick in Paris as well as The Kube in Poland.

Why Invest in Ennock Mlangeni?

From selling artwork for just R10 in high school, to selling art for R300 000 abroad, Ennock Mlangeni has had a tremendous increase in value over the past 10 years making his work a true investment.